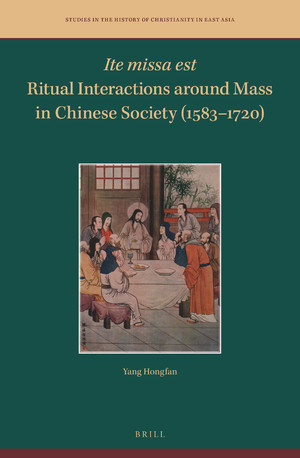 This study is the first book that explores how the Catholic Mass was introduced and propagated in late Imperial China. Its dynamic exploration reveals the tension between localized and global forms of Catholic rituals, especially the tension faced by missionaries and Chinese Catholics, who were caught up between the Chinese tradition and the Catholic one. Drawing on rich primary sources, some of which are rarely noticed in the field, this book unfolds the intriguing interactions between the Mass and various cultural expressions of Chinese society, including traditional religion, architecture, art, literature, government, and theology.

Yang Hongfan, PhD (2019), Department of Philosophy and Religious Studies, Peking University, is a postdoctoral fellow in the Department of Sinology, KU Leuven. She has published several articles on intercultural contacts between China and Europe.

Henrietta Harrison, The Perils of Interpreting (2021)